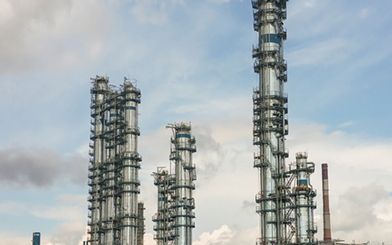 Accurate and reliable control of steam desuperheating is critical for process industry applications, wherein the downstream processes are sensitive to small changes in steam temperature. A chemical plant in India was facing extensive maintenance costs on the process steam line, increased downtime and poor quality of final product due to the poor steam temperature control performance of a competitor’s probe style desuperheater and spraywater valve.​

IMI CCI met with the plant’s maintenance and operations team to investigate and determine the root cause of the steam temperature fluctuations. The investigation identified various problem points, including poor rangeability in the spray valve, improper spray injection profiling and mixing from the probe style desuperheater, incorrect placement of the temperature sensors, and a lack of properly positioned drains; all of which was resulting in excessive water spray injection and undesirable saturated steam going to their downstream chemical process.

The customer has placed an order to replace the existing competitor product with the IMI CCI recommended solution. This decision was based on the performance of similar solutions at other sites and the reputation of our Valve Doctors® as exceptional problem solvers.​