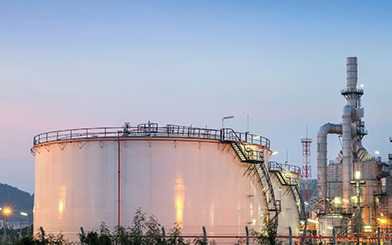 A Liquefied Natural Gas (LNG) plant in Angola had a complex piping layout and severe pipe vibration that was causing the actuator on an existing DRAG® valve to sway. The customer had tried to reduce the impact of the vibration by securing the actuator with braces, but this had not resulted in a significant improvement. The vibration had caused several packing leaks on the existing valve and presented a potential safety hazard at the site.

Thanks to the long standing relationship between the site’s current EPC contractor and IMI CCI, the EPC approached IMI CCI to identify a valve solution that would avoid costly piping modifications to the system.

The IMI CCI team recognised that the root cause of the problem (the piping layout) could not be changed therefore a work-around solution would have to be found. Critical to finding a suitable solution was IMI CCI’s ability to bring together a cross-functional team comprising inside sales, application engineers and advanced engineering services in order to carry out a vibration analysis of the entire system.

The expertise in carrying out the analysis and understanding the findings enabled the IMI CCI team to custom-design new components that would dampen the vibration impact. Critically, these would fit within the existing valve design in order to reduce the overall cost of the modifications.

The IMI CCI team custom engineered various design features on the valve to resolve the vibration issue caused by a complex piping layout. The yoke and plug had seismic design features to reduce the amount of the actuator sway. The top and bottom of the plug were contoured to break-up flow disturbances and plane-wave reflections. The diameter of the stem was also increased in order to improve stiffness, natural frequency and lateral support from packing guides. The disk stack was upgraded to provide increased turns that would reduce flow-induced vibration.

IMI CCI was able to add value over competitors by leading the vibration analysis, determining the root cause of the issue and custom-engineering the upgrade solution.