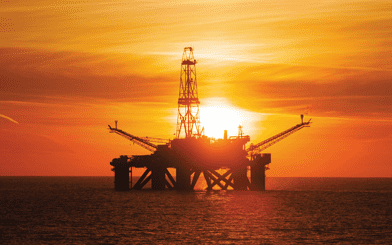 As a result, the customer was forced to perform frequent maintenance on the valves, proving very expensive due to the remote offshore location.​

A detailed calculation of the process conditions by IMI CCI Valve Doctors® indicated high trim exit velocity and cavitation due to high pressure drop, further exacerbated by the presence of highly erosive sand in the process fluid. The IMI CCI team carried out comprehensive discussions with the customer as well as careful analysis of the existing issues including the intrinsic limitations. The team’s proposed solution involved replacing the two valves with a custom-designed 100D DRAG® valve, which included a tungsten carbide trim that would meet existing valve face-to-face dimensions. The DRAG® disk stack used in the valve has 15 stages of pressure reduction to limit trim exit velocity to less than 23m/s (75 ft/s) per the ISA guidelines; which eliminates cavitation issues in the valves. The trim was designed in tungsten carbide to eliminate erosion from the sand content in the fluid. In order to fit the existing piping layout, one of the valves was configured with a globe type body. An additional sear basket was specially designed to eliminate any possible body erosion from the sand content usually associated with this body type.

With the installation of the IMI CCI DRAG® valves, the service life of the valves in both applications is expected to improve by 4-5 times compared to the existing valve. This order led to further discussions with the platform owner about replacing several valves on sister platforms.​