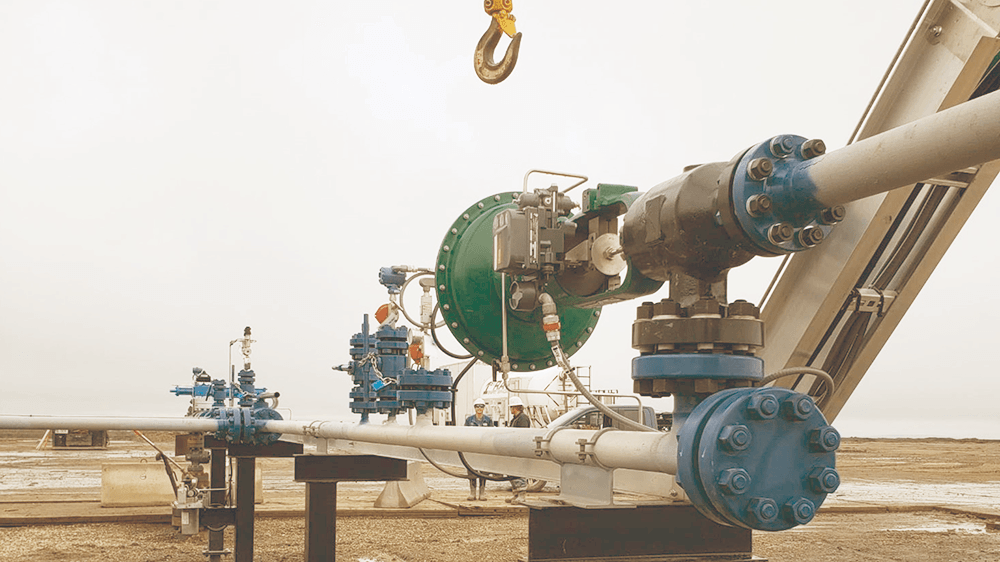 A client in western Canada was experiencing consistent problems with wellhead choke valves installed in their shale oil and gas field. Despite using different choke valves from different manufacturers, the issues persisted, with valve bodies and trims suffering from high pressure sand erosion, with the problems worst during startup of a well, and around six months after the down-hole choke was removed.

The client called in IMI Critical who carried out an on-site analysis of the operating conditions for the wellhead choke valves. This revealed that high pressure drops were causing high exit velocities of fluid and sand, which resulted in the excessive wear and rapid failure of the valves.

The wellhead chokes were being damaged by erosion caused by the high exit velocity of fluid and sand. This was caused by high pressure drops, which were inadequately controlled because the valves only had single stage trims.
IMI Critical recommended replacing the valve with a multi-stage choke valve, which would force the fluids through a multi-stage pressure drop, reducing the velocity of solid particles through the valve.

The precise valve recommended was a hybrid DRAG® valve known as 100DPC-S Shale Choke, with a 196+ Liner Trim. The 100DPC-S Shale Choke valve has been designed especially for use in shale fields, and can be adapted to different pressure and flow conditions.

The 196+ Liner Trim was chosen because of its suitability to the precise process conditions in the customer’s shale field, which included the production of a large volume of liquid during gas production. The trim needed to be able to handle the high pressure differential and high velocity of the fluids, while maintaining control of the flow. As the DRAG® trim reduces the fluid velocity in stages, it prevents erosion damage to the trim and Pressure Boundary Parts. The large expanding passages also allow particles in the fluid to easily pass through the trim, without clogging. The Outlet Liner/Sleeve, manufactured in highly durable Tungsten Carbide [check], also protects the Pressure Boundary Body from erosion.

The client accepted our recommendation and we retrofitted multiple IMI Critical 100DPC-S shale choke valves in their shale field. The valves have been in operation for over a year without any issues, saving the customer time and money.